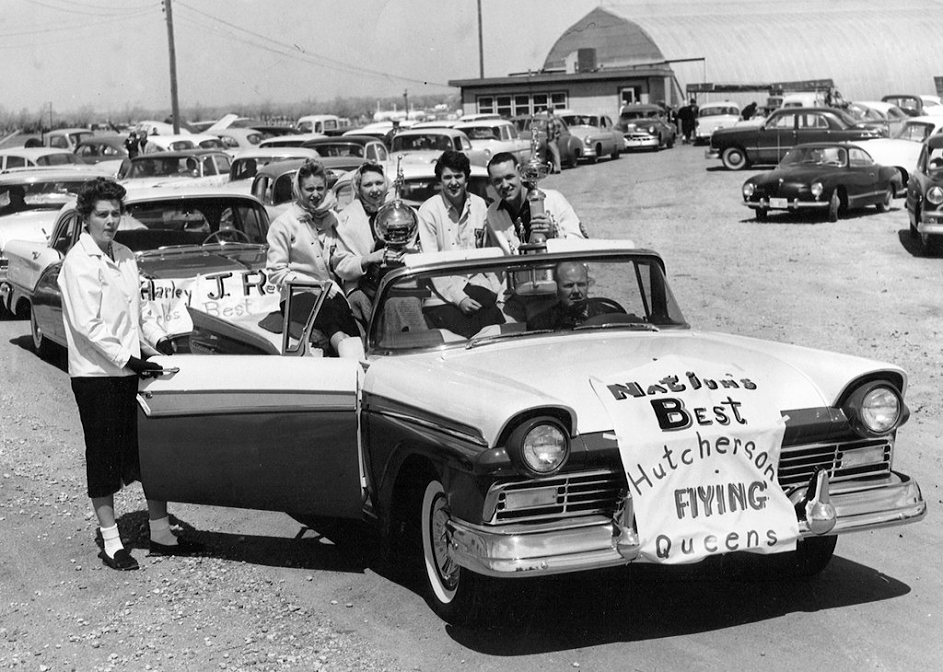 When UConn takes the court at the American Airlines Center on Friday night, Geno Auriemma’s squad will look to move a step closer to its fifth-straight NCAA championship and 12th overall. Without question, this is the greatest dynasty in the history of U.S. women’s athletics, and one could argue they are the greatest regardless of gender.

But as with any group or individual that’s climbed the highest of heights, a debt is owed to the past. To the trailblazers who paved the way, broke the barriers and supplied the vision that allowed future generations to dream bigger and achieve more.

For UConn, roots of its remarkable run can be traced back to a tiny West Texas university, who won 131-straight games from 1953-58 and brought a glamour and swagger unmatched by any basketball team of the era, save for the Harlem Globetrotters.

Two decades before the legislative decree known as Title IX prohibited sex discrimination in education in 1972, and nearly three decades before the NCAA women’s basketball tournament was born in 1982, there were the Flying Queens of Wayland Baptist University.

The school has grown considerably over the ensuing decades, but in the late 1940s its scattered red brick buildings dominated the panhandle town of Plainview. Traditionally conservative, the community and the 12-acre campus were especially stringent during those post-War years, when enrollment at the college topped out at 500.

This led many of the school’s coeds to turn to athletics as a primary source of recreation.

“We played ball and had fun; the gym was never locked,” said Cookie Barron, a Flying Queen star who graduated from Wayland in 1957 without losing a game. She told The New York Times back in 2010, “There wasn’t much else to do. They wouldn’t let you dance, drink or smoke.”

The women of Wayland Baptist first began playing not as university-sponsored team but as a club that sought intramural games against local high schools.

At the time, there were about 100 women’s basketball teams scattered across the U.S. owned by local businessmen and sanctioned by the Amateur Athletic Union (AAU). To compete against the Hanes Hosiery Girls, the Arkansas Motor Coaches or the Rocky Mountain Girls was to play at the very pinnacle of the sport.

Wanting more advanced competition, a group of Wayland Baptist coeds approached Harley Redin one morning while he was sweeping the gym floor. A 29-year-old former Marine captain and bomber pilot who flew 38 missions in the Pacific, Redin was both the school’s P.E. teacher and head basketball coach. The request was simple. The women wanted more practice time in the gym… and they wanted to compete against AAU competition.

As Redin told Texas Monthly’s Skip Hollandsworth, he was unsure how to respond. “I finally said, ‘Girls, this is Wayland Baptist. We don’t really play AAU teams at Wayland Baptist.’ ”

There was no give up in the women, though, and swayed over time by their unrelenting determination, Redin eventually took the concept to the school’s new president, J.W. Marshall. He liked the idea, seeing it as a way to draw publicity to the university.

In 1948, Harvest Queen Mill sponsored the team uniforms, and the nickname changed to the Wayland Queens.

For years Redin declined to coach the team – ceding control to Sam Allen, who worked in the school’s public relations department. But Redin stayed involved. He coached up Allen on tactics. He’d stay late with one or two players after practice. Then the next practice, with two or three more. He kept close tabs on the team and in 1955 finally took over the helm full time. It was a position he’d maintain until 1973.

Word spread quickly and the program grew. Women from across the southwest found their way to Plainview to take a shot at athletic glory. Most were from Texas, but others came from Oklahoma, Iowa and Tennessee. Future All-American Patsy Neal drove 1,300 miles from Elberton, Georgia, to try out. Her parents sold one of her pet cows to finance the trip.

As many as 50 players tried out for as few as three available spots each season.

Then, in 1950, the team’s nicknamed changed for a final time.

That’s when a local businessman volunteered to provide transportation to a series of games in Mexico. Claude Hutcherson, a Plainview rancher who also owned a flying service, had become a fan of the team and decided to become its benefactor. He estimated that he flew the team over 9,000 miles a year on his plane.

The team forever became known as the Flying Queens.

Neal, a member of that squad, recalled how Redin reacted to the loss. “He called a timeout before the game was over. It was evident we were going to lose the game and he told us he wanted us to lose the same way we had been winning. He wanted us to go out and lose with dignity, and I never have forgotten that.”

While UConn’s 111-straight wins (and counting) is the longest streak of any major college program (men’s or women’s), Wayland Baptist still holds the record when all schools are taken into account.

Today Wayland Baptist has an enrollment of over 5,000 students on 14 campuses in five Texas cities, six states and even a satellite campus in Kenya. And the Flying Queens still take the court, playing in the National Association of Intercollegiate Athletics. They are the only women’s college basketball program to have won 1,500 or more games.

Redin went on to coach the USA Women’s Pan American Team in 1959 and 1971. He was inducted into the inaugural class of the Women’s Basketball Hall of Fame in 1999.

At 97 he still lives in Plainview. He is the last survivor of the 30 pilots that made up Squadron VM B-433.  He told The New York Times back in 2010, though, he still thinks about the hurt from that steak-halting defeat in 1958.

“The student body thought the world had ended,” he said. “The administration was upset. We had a holiday from class to mourn our loss.”