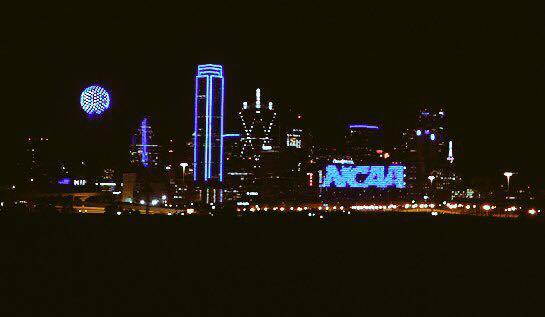 The Women’s Final Four was a smashing success, but the road to Dallas is far from over

Hours after the South Carolina Gamecocks hoisted the NCAA Women’s Basketball National Championship trophy for the first time in school history, Monica Paul was on a plane. The Executive Director of the Dallas Sports Commission had just brought the curtains down on arguably the most successful Women’s Final Four in history, and she was already thinking about the future.

At the airport long before dawn, she was off to Phoenix to observe the men’s National Championship Game and meet with NCAA officials to get a clearer picture of when North Texas can throw its hat in the ring again to host that event.

When you are one of the key executives entrusted with ensuring Dallas continues its historic run of welcoming the nation’s signature sporting events, sleep is a luxury.

The Women’s Final Four showed off the well-oiled big event machine that’s been cultivated here over the last decade. Both sessions of the tournament sold out – the first time that’s happened in recent years. The teams and fans were treated to first class hospitality – a North Texas hallmark. And the region received the benefits of an estimated $30 million economic boost.  Such successes are what sports commissions are designed to achieve. And Paul and her talented staff are among the nation’s very best.

We caught up with Paul shortly after her return from the high desert – still sleep deprived, but happy – and got her reflections on the whirlwind week and what the future might hold for what’s quickly becoming the country’s sports capital.

Okay – you’ve had 72 hours to digest something you’d worked years on to help make happen. How do you feel everything went?

Overall, very positive. We’ve had great feedback from all areas. From the NCAA to the Big 12. From our local partners, like the hotels and restaurants, to City services. Everyone seemed to have a great experience. I think the Dallas Sports Commission executed well and that we set the bar high for future host cities of this event. At least, I hope we did. I think we set a good example of what should be provided for a Women’s Final Four. It really was one of the best local organizing committee experiences I’ve been a part of, and I’m thankful for everyone who worked so hard to make it happen. Especially my team at the sports commission – they really were rock stars.

And your partner in crime in bringing the event to Dallas, Dru Hancock? She must be delighted as well.

None of this happens without the Big 12 Conference, from Commissioner (Bob) Bowlsby on down. They are absolutely the best partners. And what can I say about Dru? This was her passion. She’s worked for years and years to get this region a Women’s Final Four. I haven’t had the chance to talk to her directly since the championship game, but we’ve exchanged voicemails. I know she’s gotten great feedback as well. I’m just pleased that she’s pleased. She poured so much into bringing this event here. I think everyone wanted her to be proud of the effort.

The local organizing committee seemed to have everything so well thought through and planned out. Were there any big surprises?

To be honest, the biggest surprise was just how amazing those two games were on Friday night. You know the teams are going to bring their best, but rarely do you see two semi-final games that are that memorable. South Carolina had to rally back from a nine-point deficit to win the first game against Stanford. And the second game between UConn and Mississippi State, it was the definition of an instant classic. I’d also say the attendance was a surprise. We knew we were tracking to have big crowds, but just to witness the breadth of people who travelled in for the weekend. Our City really wrapped its arms around the Women’s Final Four. The support and energy provided from everyone in town really helped keep our staff going to the finish line.

Dallas really responded to the challenge, didn’t it?

When we bid the first time to host the Women’s Final Four, we didn’t get it. The NCAA thought the region was too big – that the event would get lost. We’re a great sports city, though. The best sports city. We support great sporting events. We understand hospitality and everyone here really has a strong desire to put on the best possible event. And we have great professionals and local organizers who know how get it done. They’ve proven themselves over and over again.

So, what’s next for the Dallas Sports Commission?

Next spring we’ll host first and second round games for the NCAA men’s basketball tournament. Those will be played at the AAC. Which, let me say, did a magnificent job hosting the Women’s Final Four. Dave Brown, Ken Kuhl and the staff over there are the absolute best arena team in the U.S. No question. As for the future, we have a couple of bids for 2018 that we’re right in the midst of, unfortunately I can’t elaborate more on those right now. I’m just back from Phoenix and the Men’s Final Four. We’re right around the corner from preparing a bid to host that event again. Then we’ll be back in the bidding for another Women’s Final Four. Big picture, we’ll sit down with all the key stakeholders and start to build a major events calendar and try to envision what the next 10-15 years look like. It’s pretty exciting.